Natural historians have known for a long time that islands often harbour an extraordinary amount of biodiversity. One reason is that lineages that colonize islands can exploit open ecological niches and therefore diversify along new evolutionary trajectories. So did Anolis lizards following their arrival to the Caribbean. A range of habitat specialists has evolved repeatedly on different islands, creating a structured diversity of morphologies. Since one Anolis clade has remained on the mainland, and one clade has returned the mainland, this group of lizards presents a kind of before/after ‘island evolution’ experimental setting that can help us understand how evolution works. 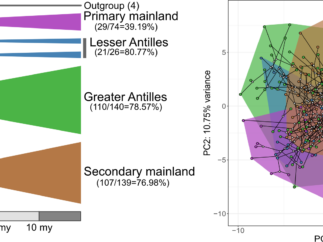 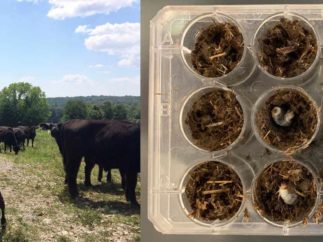 Affordances, or the possibilities for acting in our environments, are pervasive in everyday life. We are constantly surrounded by them: we perceive the floor as a walkable surface, a coffee mug is perceived as a graspable object, and doors are perceived as pass-through-able apertures, etc. For some authors, these objects of perception are, by far, the ones we interact with most throughout the day. If this is so, how is it that they are not deployed as commonly as other perceptual objects in the philosophical and scientific literature to make sense of our perceptual experience (compared to, say, colours)? Why are they scientifically understudied compared to other perceptual phenomena?

West-Eberhard famously suggested that plasticity ‘takes the lead’ in adaptive evolution. But how can you tell if you are not there to see it happen? In a new paper in Evolution Letters, we show one way to tackle the problem. We figured that we can look for signatures of plasticity by comparing the magnitude and direction of plastic responses to the environment with how locally adapted populations differ.

This website was developed in the hope that it will prove a valuable resource for the community of academics, students and other individuals interested in the topic of niche construction. The website is designed to provide an accessible introduction to the subject of niche construction, explaining what it is, and how it is being used across multiple academic fields. 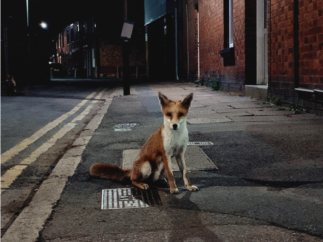 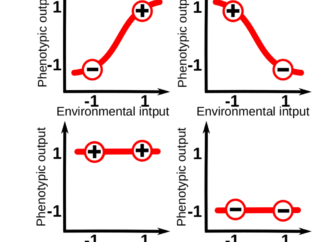 Philosophers of science are sometimes seen by practicing scientists as useless, or unnecessary. Take scientist, writer, and broadcaster Neil deGrasse Tyson. Tyson recently poked fun at philosophical questions and methods, wondering whether a philosopher could ever be a “productive contributor to our understanding of the natural world.1” And many philosophers of science are familiar with the famous quote, usually attributed to Richard Feynman, that “philosophy of science is about as useful to scientists as ornithology is to birds.2”

Yet if this is the prevailing attitude among scientists, it certainly isn’t true for those working on the Extended Evolutionary Synthesis (the ‘EES’). Not only are key members of the project themselves philosophers, but leading scientists exploring the EES often co-author papers with philosophers, publish in philosophy journals, and employ philosophers on their collaborative projects. And I’m grateful for it. Until quite recently, I was employed through one of the large grants associated with the EES.

Combining philosophical and the biological sciences methods and tools can be both conceptually and empirically fruitful. Looking beyond the EES, one can point to the excellent interdisciplinary work coming out of Ford Doolittle’s or Thomas Pradeau’s groups, the productive collaboration between Kim Sterelny and Kevin Laland, the powerful game-theoretical models of Brian Skyrms, or the wealth of recent papers exploring finite population models. Philosophers of science—particularly philosophers of biology—have a lot to offer the biological sciences, and vice versa.

Still, when disciplines come together to work on interdisciplinary projects—whether this means philosophers writing on aspects of scientific theory or practice, or when scientists write philosophical papers—the backgrounds of these individuals’ training can become relevant. The kinds of questions philosophers have historically asked influence what they research now. In just the same way, the modelling frameworks, benchtop tools, and model organisms of scientists influence what phenomena they are exploring now and how they do so.

In a recent paper of mine (‘Synthesising Arguments and the Extended Evolutionary Synthesis’), I argue that an important feature of the debate around the EES results from some insalubrious mixing of philosophy and science. One of the reasons that hearts get pumping at the mention of the EES is that both proponents and skeptics alike have tended to frame the reception of EES ideas in terms of theoretical change, and sometimes, revolution.

For a sizeable chunk of the Twentieth Century, a dominant issue in the philosophy of science was the nature of scientific theory. After all, what are scientists up to all day, if not fretting about and elaborating their theories?3 Some of the more familiar names from mid-century philosophy of science worked on this question, like Karl Popper and Thomas Kuhn. A key project within this literature concerns how theory changes—how scientists decide to abandon one theory and move onto another. We’re probably all familiar with Popper’s heroic (but ultimately, unsuccessful) defense of falsification4, or Kuhn’s articulation of paradigms, revolution, and pre-paradigmatic science, but these are just two positions among many put forward at this time.

Are the language and tools of theory-change useful for understanding whatever proponents of EES are up to? As I said, writers both optimistic and skeptical about the merits of the EES often deploy the language of theory-change, and acknowledge writers like Kuhn or Imre Lakatos. This is so even when they deny that evolutionary theory needs anything as radical as a Kuhnian paradigm shift.

But a hazard of deploying this language is that it appears to treat the EES as comprehensive, full-scale alternative to the theoretical resources at work in contemporary biology5. And this, I argue, is not the case. The EES just isn’t denying the foundations of evolutionary theory in a way that might license talk of theory change. Worse, using such language obscures how we really should understand the EES and evaluate it.

The positive story I put forward builds on the work of philosophers Alan C Love, Ingo Brigandt, and James Griesemer6. The basic idea is that evolutionary theory itself can be mobilized and represented in various ways. Think of the way that the same land area—say, Banff National Park—can be represented on a map. One map might highlight roads and access ways. Another, the location of recent Grizzly activity. A third, major geological strata. And so on. Each map covers the same terrain, but selectively highlights features of it in ways that can facilitate different projects (driving, avoiding bears, finding hot springs, etc.). In the same way, I argue that the EES itself mobilizes the tools, concepts, and methods of evolutionary theory in one way, while contemporary consensus methods mobilize it in another.

This is important, because on this understanding, theory change isn’t at issue. Both prevailing practice and the EES are using the same evolutionary theory, but adopting different parameterizations, boosting the importance of different processes, and occasionally mobilizing different tools, methods, and concepts. They’re making different maps of the epistemic terrain. What is important on this revised picture is how good those maps are—that is, how they help to answer specific research questions. Is non-genetic inheritance important to explaining evolution? Should we take reciprocal causation into consideration in our models? Well, it all depends on what we’re trying to find out about the world.

Looking at specific research aims—organized into what Brigandt and Love call ‘problem agendas’—helps us to see that in many places, the EES and current evolutionary methods may not be in conflict. Either the EES adopts the same kinds of tools as current practice, or is trying to answer a question that isn’t on their radar. But in some places, both the EES and current practice do try to address the same research question, and mobilize very different tools and concepts to do so. It is here, with these situations, where the EES and prevailing methods in contemporary biology can come into productive, empirically fruitful conflict.

It takes a lot of work to identify these areas, and make the differences between the EES and prevailing practice clear. In the paper, I focus on niche construction, and suggest that issues around evolvability might be where niche construction tools and concepts conflict with those of ‘standard’ evolutionary theory. But I think the effort is worth it. In the end, this approach better makes sense of what the EES is up to, how we should understand what skeptics and optimists are debating over, and how proponents should defend their efforts going forward.


Footnotes:1. See the discussion and partial transcript at https://io9.gizmodo.com/15757840942. I cannot find an actual reference of such a quote, and in other places the quote is attributed to an anonymous source.3. Quite a lot, as it turns out.4. Why was Popper’s account unsuccessful? I suggest Tim Lewens’s (2015) The Meaning of Science for an approachable and balanced take on Popper’s philosophy.5. This isn’t to say that such language is always problematic. Philosophers continue to explore issues raised by Kuhn and Lakatos, often to examine very general features of confirmation, theory-choice, and the development of scientific theories.6. Brigandt and Love, ‘Conceptualizing Evolutionary Novelty: Moving Beyond Definitional Debates.’ J Exp Zool (Mol Dev Evol) 318 (2012):417-427; Griesemer, ‘Presentations and the Status of Theories.’ PSA: Proc Bienn Meet Philos Sci Assoc (1982):102-114.

We are delighted to announce that the full volume of the special issue “Developmental Bias in Evolution,” edited by Armin P Moczek, is now out in the journal Evolution & Development. This special issue follows our third workshop at Santa Fe in 2018.